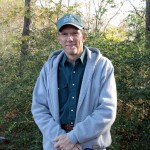 Perhaps the program presented by Dan Edwards, W5XZ, at the July LETARC Meeting, “EZNEC for Dummies”, stimulated some interest in antenna modeling.  There are some fundamental principles that are good to understand to make the process easier.  When I began to use EZNEC last year, it seemed to be very confusing in terms, options and controls.  I found some articles that went in-depth to explain some basics that were very helpful.

Another article that will shed some light on how these programs developed and give some additional information is MININEC: The Other Edge of the Sword, by Roy Lewallen, W7EL.  Lewallen is the author of EZNEC and its forerunner, ELNEC.  MININEC was an early program that put the power of antenna modeling in the hands of the layman, rather than RF engineers.