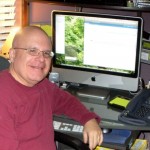 One of my long-time interests within amateur radio has been digital modes and, in particular, APRS. For several years, I have had a Yaesu FT-8900 in my vehicle, which does not do APRS. So for quite some time, I have had various options to handle APRS. First I had a separate 2 meter radio/Byonics TT3 combination and then a Byonics Microtrak, both of which were tracker-only options.

For years, Kenwood has kind of dominated the APRS market with the D710 mobile and the D72A handheld and their predecessors. In fact, I have the D710 as my base VHF/UHF station and a D72A handheld. Both are excellent APRS-capable radios.

Recently, I started looking at replacing the equipment in my vehicle with one radio. One would think that since I already had the Kenwood D710 as a base station, that I would put that radio in my vehicle. That was one of the options I considered. However, I wanted to consider all options.

In investigating the options, I had certain requirements for the radio:

In looking at the above requirements, this narrowed the options down to three radios:

Alinco also makes an APRS-capable radio. But, I guess I have never been a real fan of Alinco products… sorry Alinco fans.

Almost immediately, the ICOM was ruled out, because in order to get DPRS capability, one has to buy an additional $300 module to allow digital operations on the D-STAR network. The add-on does come with a GPS with a magnetized antenna. However, the antenna cannot be mounted outside the vehicle (not sure what ICOM was  thinking on this one). One additional benefit would be D-STAR communications, but I could not justify the additional cost, which would push the investment to around $1000.

Overall, both the Kenwood and the Yaesu have almost identical capabilities, with very few exceptions. For example, the Yaesu does not digipeat and the Kenwood does. Both radios do packet and both do cross band repeat. After looking at the specs in more detail, it appeared to me that the Kenwood is more suitable for both base and mobile operations, whereas the Yaesu is geared more to mobile application.

WIth my Yaesu FT-8900, I had a Lido LM-600 Lo-Boy dash mount. I highly recommend Lido Mount solutions at http://www.lidomounts.com. What I really wanted was to try and re-use this mounting solution if I possibly could. The Kenwood has a very unusual mounting bracket that attaches to the control head that virtually makes it useless with other mounting options. It’s not that it is not possible, but it would be very inflexible. The mounting adapter is meant for Kenwood mounting options only. Lido has very few options for the Kenwood, I think for this very reason. The Yaesu comes with a suction cup mount that attaches to the camera tripod style screw thread in the control head. Lido has made a very specific attachment piece for the Yaesu FTM-350 that works with its various mounting options that is a ball and socket affair.

All three radios approached this differently.

ICOM is connected at the radio. However, you can’t mount the magnetized antenna outside. The trick with this is finding a metal surface within the vehicle with everything being plastic these days.

Both the Kenwood and the Yaesu have options that eliminate the need for additional cables, as noted above (attached or built-in to the control head).

In working with APRS on this radio, full APRS capability (popups, messaging, etc.) requires the dedication of one side of the radio to the APRS frequency. If one is doing tracking beaconing only, APRS can be placed in the background and both sides of the radio can be used for non-APRS use. The radio will momentarily interrupt to accomplish the beacon. If placing the radio in cross band repeat mode, one must first turn off the APRS modem/TNC via the menu system.

With very few exceptions, the Yaesu FTM-350AR is on par with the Kenwood TM-D710A in terms of functionality and, in come cases, has additional options the Kenwood does not, for true mobile operations. Yaesu has a better mounting attachment arrangement that is more standard, allowing other manufacturers to develop more flexible control head mounting options. Yaesu also has figured out that one needs to have flexible microphone connection options.

Overall, I have been very impressed with the capabilities of the Yaesu FTM-350AR. After more extended use, I may come back and give an update at a future date.